Hello, I Love You | STUDIOS: a retrospective

Hello, I Love You | STUDIOS: a retrospective

The notion and function of worship / in the artistic process.

The exhibition presents a selection of works by artists who have in the past participated in Studios, The Art Foundation’s staple exhibition, which annually showcases works by graduates from the Athens School of Fine Arts. The present show looks back on this circle of exhibitions, the principal aim of which was to highlight the work of emerging artists and which was inaugurated as a response to the lack of spaces and an appropriate framework for young artists to show and promote their work outside university. At the same time, it attempts to illustrate the progress and development of the practices of participating artists.

Drawing on notions of ritual and worship the exhibition explores the dimension of ritual that is at play in the actual works on show and looks at how similar ideas form a context for the way messages are communicated through the works of art. The title of the exhibition refers to a love letter, a romantic expression of love, accompanied by several other emotions ranging from desire, devotion and self-determination, to impatience, disappointment, resignation, and sadness.

With references to mythology, paganism, animism, and spiritual and religious traditions, the works on the show often operate through repetition and symbolism. Drawing a parallel between worship and various rites and the process of the production and consumption of a work of art, the exhibition examines the idea and role of worship in the artistic process itself and the nature of work of art as an object of worship.

Text forms a central element of the exhibition. It is a significant component of a number of works presented that can also be considered text-based while in others its role is complimentary as it co-exists with the image. At times text becomes itself image while elsewhere it extends out into the physical space becoming form. The need to give form to the immaterial is in various religious traditions a condition for the worship process to start. Likewise, in the works on show words and phrases are isolated, given form and visualised, calling for the viewer to approach them in a different way. In the dialogue created between the works, words lose and find their meaning, acquire new ones and make sense of each other.

The works in the exhibition give the impression of wittily dispelling the formality often associated with the work of art. Through their poetic spirit, however, they also put forward a more mystic dimension as a necessary condition for partaking in the work of art. Ultimately, through this new context created by the works on show the exhibition space itself recaptures its formal place as another space of worship. 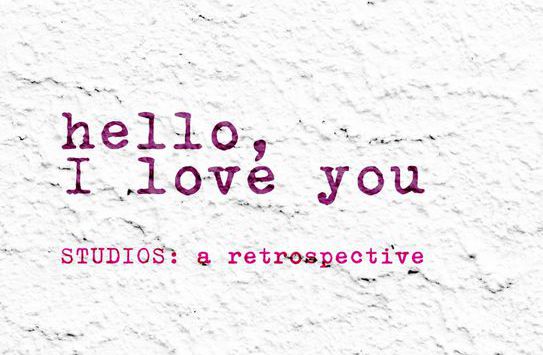 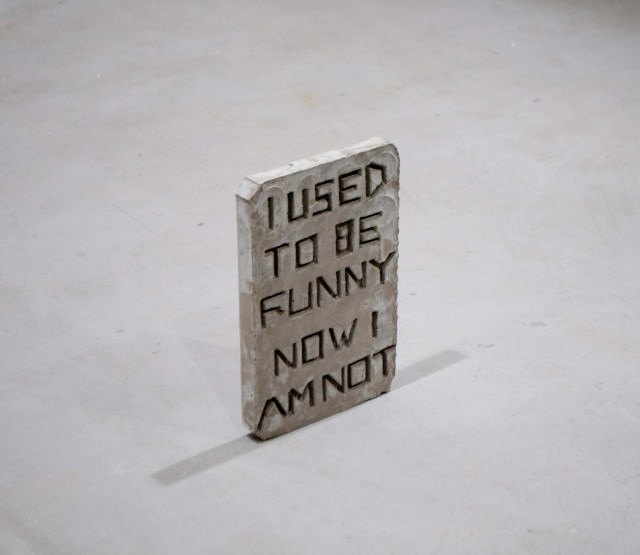