Following the lockdown The Breeder gallery does NOT open its doors just yet but instead chooses to exhibit Georgia Sagri’s emblematic work Deep Cut, in the façade of the building on Iasonos street, in the public realm.

Deep Cut depicts a hyper-realistic representation of a cut at the moment of bleeding in an oversized dimension. Is the bleeding cut on the artist or are the walls bleeding? Does the work imply the audience is hurt, the city and the country? Would it be the result of the pandemic, the economic crisis, or does it derive from the mere fact of our existence? How deep is a cut? Is it ever completely cured or does it leave its mark forever? Does a wound return as a reminder or does it vanish with the help of plastic surgery? The means we use to take care of the unstoppable bleeding cut, the ways we recover from its repetitive and unsurpassed state, defines our present and our future.

The size of the wound and its socio-political aspects surpass everyday facts and exposes us to an uncertain tomorrow. The Deep Cut is the break of the tissue, it is the wound of nature, its silent mourning. The wound of a divided society is what cuts up something superficially connected and seemingly unbreakable and reveals the chaotic gap, spiritual or existential, realistic or cultural, that defines contemporary societies.

Sternberg Press published her first monograph on the occasion of her solo shows “Georgia Sagri Georgia Sagri” at the Kunstverein Braunschweig, Germany (2017, 2018) and “Georgia Sagri and I” at the Portikus, Frankfurt (2018).

Georgia Sagri holds a tenure position in Performance at the Athens School of Fine Arts.

Georgia Sagri’s Deep Cut is presented in the framework of The Breeder Skin project (2014 - ongoing), through which The Breeder exhibits works of art in the public realm aiming to intervene with public space. The art created for The Breeder Skin renders the unsuspected passerby into a partaker in the artistic production and activates them, evoking public dialogue within the contemporary urban environment. 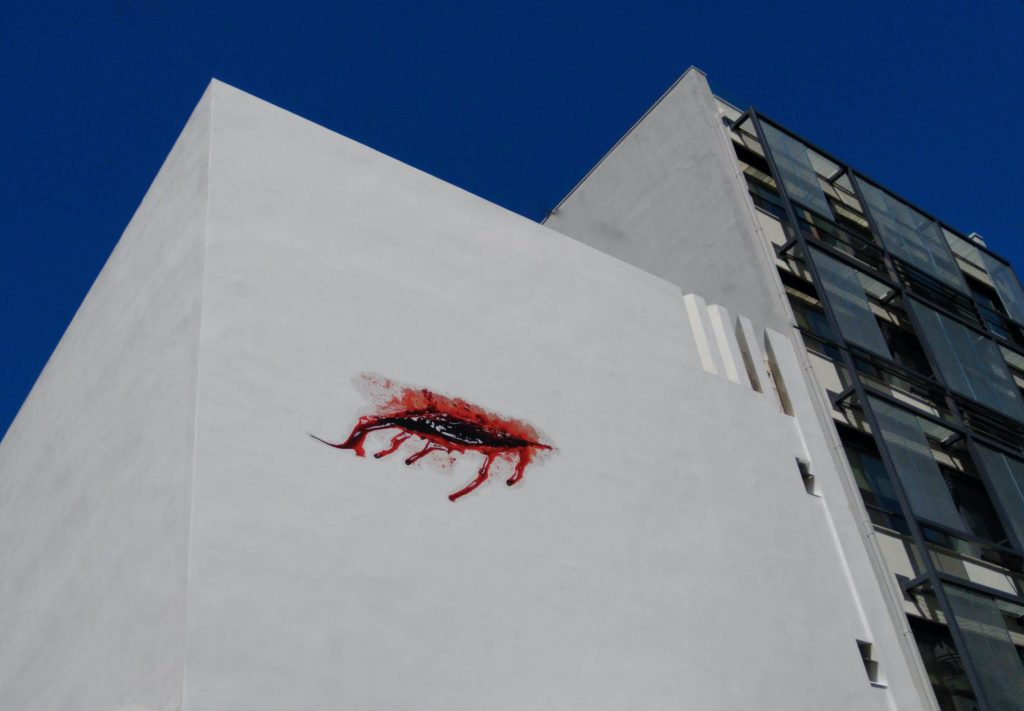