NEON and the Athens & Epidaurus Festival collaborate once again to present the first exhibition for the summer of 2020 at Odeon of Herodes Atticus from 5 June to 3 July 2020. The exhibition will be the first ever contemporary art exhibition to be staged in this ancient venue situated below the Acropolis.

The new partnership with the Athens Festival comes amidst a challenging period for society and allows NEON to contribute to re-establishing the city’s cultural activities and to reconnecting with artists and the public at the archaeological site.

Dionisis Kavallieratos works essentially and systematically as a sculptor. His art describes a harsh and disrupted world of amusing conventions, theatrical absurdity and indifference infused with doses of irony, sarcasm and self-reflexion.

Starting with the religious, physical and socio-political connotations of the circular dance – a ritual but also a motif that is already encountered in prehistoric times – Kavallieriatos comments on the importance of community, companionship, friendship, laughter, gestures and physical expression.

Staged in the emblematic Odeon of Herodes Atticus theatre, the exhibition Disoriented dance / Misled planet is an in-situ installation of a circular dance of statues that develops on the main stage at different heights and scales. The installation of about 40 sculptures made of various materials (copper, clay, resin, wood, mirrors etc.), features a wide range of visual styles. Iconographically, these works are assemblages of formal elements that refer to different eras and cultures, referencing forms from prehistory and antiquity, modern art, dance, mass culture, folk art and more. We come across elements and objects (the Sphinx, Cycladic figurines, animals, fruits and everyday objects) that represent and reinvent characters from the western world such as the vagabond, the slave, the homeless man and the drunkard, while in others the autobiographical references are obvious.

Kavallieratos approaches the medium itself with both a sense of humour and a critical attitude. Using sculptural techniques (moulding, soldering, casting, carving), he joins together different members to create the paradoxical, bizarre figures of a Disoriented dance.

The members of this bizarre dance in our Misled planet, suggest a way of reflecting on the artist’s work and the role of art on the one hand, and on the individual’s relationship with politics, power, history, and everyday life on the other. Through questioning and overturning stereotypes, it functions to reflect the fears, prejudices, guilt and vanity of the modern world.

Dance by Dionisis Kavallieratos is directly connected to the types, rituals and kinesiology of Ancient Greek drama. The characters of the sculpture and the way they create relationships with each other, and with the theatre and the audience, refer to the primordial tradition of tragedy, specifically the dynamic relationship between the individuality of the actor and the collective action of the Dance.

This year, the Athens & Epidaurus Festival collaborates with NEON, to create a daring visual and curatorial project. It highlights connections between performing arts and visual arts, while also painting the iconic Odeon of Herodes Atticus in an entirely different, surprising light. It is with great joy that we contribute to this dialogue between contemporary Greek visual art and the Festival audiences through such a ground-breaking collaboration.

The seventh City Project commission brings the exhibition of Dionisis Kavallieratos into this, now-millenia-old, landmark of Athenian public space. Disoriented dance / Misled planet introduces visitors to a walking experience that crosses the historic centre of the city, leading them to a preeminent monument of antiquity and an encounter with contemporary art. I am very pleased it takes place now, during the resumption of sociability in the midst of this unprecedented situation, giving us the opportunity to reconnect with our city, to revive citizens’ relationship with contemporary art, and to keep the dialogue with creators alive.

Set in motion by the installation in the Odeon, the sculptural process, study and ritual, dance and play, is transformed into a “sculptural performance”. The stage of the Odeon allows us not only to visually connect with the work from various vantage points up close and from a distance, but also to participate in it through our presence, among the works. The dialogue between the “classical” monument and the humorous sculptures intensifies the contrasts and the encounters between the ancient ruins and the contemporary fragments.

The world-renowned Odeon of Herodes Atticus dominates the western end of the south slope of the Acropolis. The construction of the monument during the 2nd century AD was sponsored by Tiberius Claudius Herod Atticus, in memory of his wife Aspasia Annia Regilla. It hosted mainly musical festivals, seating up to 5,000 spectators. The monument was restored during 1952-1953 using marble from the Dionysus area, and since 1957 it has been the stage for artistic festivals of music, performances of ancient Greek drama, and more. It is the Athens & Epidaurus Festival’s oldest and main performance venue, which, over the years has welcomed some of the world’s greatest stars, boasting names such as Luciano Pavarotti, Frank Sinatra, Nana Mouskouri, Liza Minnelli and Maria Callas among those who have performed there.

With City Project, NEON aims to activate public and historical places through contemporary art, contributing to the interaction of art, society and the city. NEON’s previous City Projects include Aemilia Papaphilippou at the Ancient Agora of Athens (2014), Maria Loizidou at the Kerameikos Archaeological Site and Museum (2015), Zafos Xagoraris at a parking space in Athens behind the historic Αthinaion theatre (2016), Kostis Velonis at a historical residence at 11 Kaplanon Street (2017), Andreas Lolis at the British School at Athens (2018) and Panos Kokkinias at a former office space in 4 Sofokleous Street (2019). 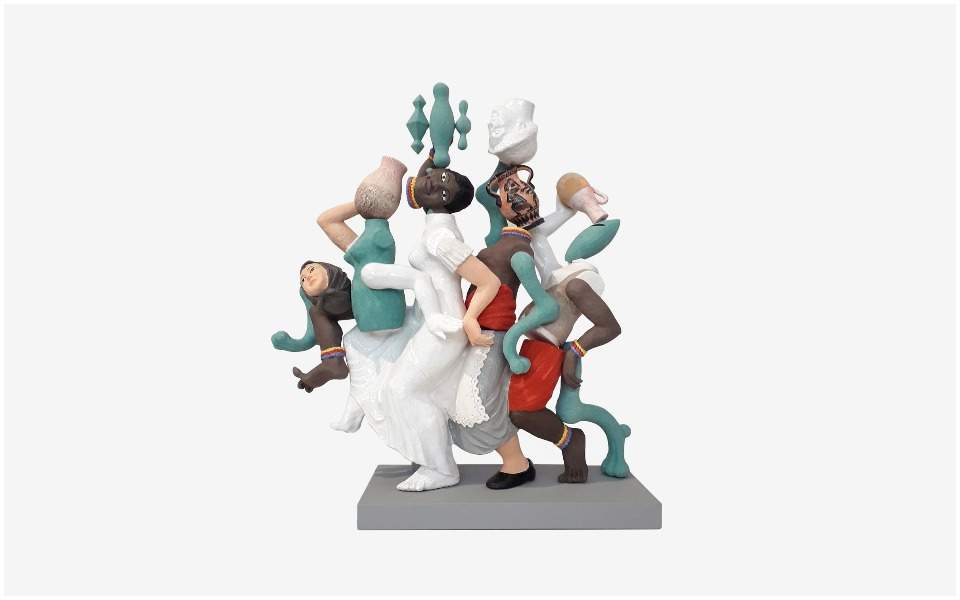