Bernier/Eliades Gallery is pleased to present the first solo exhibition in Athens of the French artist Bertrand Lavier.
Since the late 1960s, Lavier has created a complex and eclectic universe based on the continuous exploration of the boundaries between painting and sculpture, photography and painting, reality and imagination, language and object, the copy and the original.
Through light-hearted humor and sarcasm Lavier has reworked the notion of the canvas and moreover of the art work in general via juxtapositions and hybridizations, creations that are generated by his thoughts on consumerism and authorship, which are rooted in his first handed experience of the tumultuous riots in Paris in 1968.
Bertrand Lavier is a persistent explorer of reality: through his artworks he challenges and questions the notion of the identity of the artist, and the relationship between the artists ego and the rest of the world, each work is a sardonic dare towards the insufferable codes and rules of the art system and of contemporary culture.
Betrand Lavier (b. 1949, Châtillon-sur-Seine, France) lives and works in Paris. In 2012 he had a major retrospective at the Centre Georges Pompidou, Paris. Other recent solo exhibitions include Medley, Espace Louis Vuitton Tokyo, Tokyo (2018); Walt Disney Productions, Kunstmuseum Luzern (2017); Oeuvres in situ / Anémochories, Palais de Tokyo, Paris (2016); Bertrand Lavier, école des Beaux-Arts de Monaco, Monaco (2016); Une rétrospective, Kunstmuseum Liechtenstein, Liechtenstein (2016); l’Affaire Tournesols, Fondation Vincent Van Gogh, Arles (2014-2015). 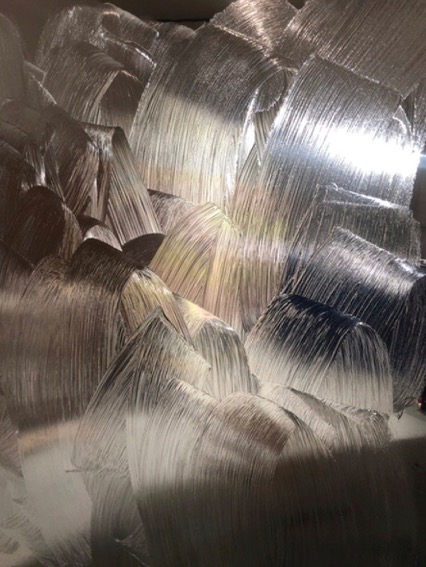