Let’s try a difficult task. Let’s imagine for a moment that the impossible happened. That our leaders – and our leader's leaders came to their senses, admitted their past self-enriching behavior and then started to push for reforms benefitting everyone on every level instead of just a few. A politics aiming for a green transformation of all infrastructure and production while at the same time securing a safe and meaningful existence for all. Imagine that. Every now and then the unexpected does happen: Poul Thomsen, head of the European Department at the IMF (and former leader of the ‘Greek Mission’), told in a recent Danish interview that “The Greek program was definitely not a success… The cuts in pensions and pay, the loss of jobs and social services have been completely unreasonable… And we carry part of the responsibility for that”. While such a confession indeed is refreshing, it does leave a lot to be desired. For what good is an apology if not followed up by a change in behavior? The show Payments End Tomorrow imagines Poul Thomsen – a powerful technocrat instrumental in Greece’s present political and economic situation – making a radical shift. As a video-projection starring Danish Actor, Henrik Birch (who plays Poul Thomsen in Costa Gavras upcoming movie, Adults in the Room), the “original Greek Mission chief” will deliver a speech where he not only turns the good old neoliberal “trickle- down” politics on its head but also presents a new bold alternative for the future.

Hannibal Andersen (born 1985, Copenhagen) lives and works in Athens. His practice deals with issues at the intersection of economics, politics and technology. Through a mix of media, including video, sound, text, performance and borderline-readymades, he engages with these concerns in an attempt to reimagine the power structures at play. Andersen holds an MA in Sound Art from UAL, London, and an MFA from The Royal Danish Academy of Fine Art. His work has featured in shows internationally, including the 5th Marrakech Biennale, The Great Convergence at MAXXI in Rome and recently at Kunsthal Charlottenborg in Copenhagen.
www.hannibalandersen.dk 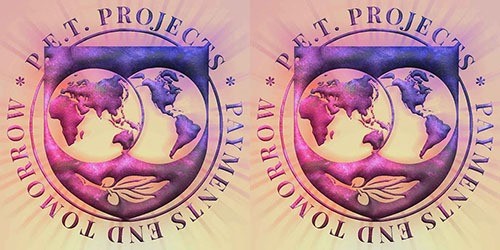