A Thing Among Things

A Thing Among Things

ARCH is pleased to announce its inaugural exhibition, a thing among things, by Los Angeles based artist-in-residence Kelly Akashi.

Informed by geological and material indexing, the works presented bridge her ongoing research in transformation and documentation with materials and traditions embedded in the history of Greece.

Alongside her use of wax, bronze, stainless steel, and hand-blown glass, traditional Greek materials such as clay, terrazzo, fiber, and marble are utilized in non-traditional ways, to index evidence of change. By embracing the language these culturally significant materials bring to her practice, Akashi generates a new hybrid vocabulary, creating an anachronistic landscape that points back to a fragmented figure moving through tactile surroundings.

Stemming from her studies in analogue photography, Akashi’s works in sculpture explore how the impact of time can be articulated materially. In her practice, materials embody the actions and experiences that form and inform them, while her camera-less photography aims to reveal the internal composition of the objects on view. These moments culminate in her energetic arrangements, directly creating conversations around the present by building on the past and pointing to the future.

Born in 1983, Kelly Akashi currently lives and works in Los Angeles, California. Akashi graduated with an MFA from the University of Southern California in 2014. She also studied at the Staatliche Hochschule für Bildende Künste - Städelschule in Frankfurt am Main and received her BFA at Otis College of Art and Design in 2006.

Kelly Akashi, a thing among things, will run from June 19th to September 7th, 2019 and is accompanied by a fully-illustrated bilingual publication featuring a conversation between the artist and Atalanti Martinou. 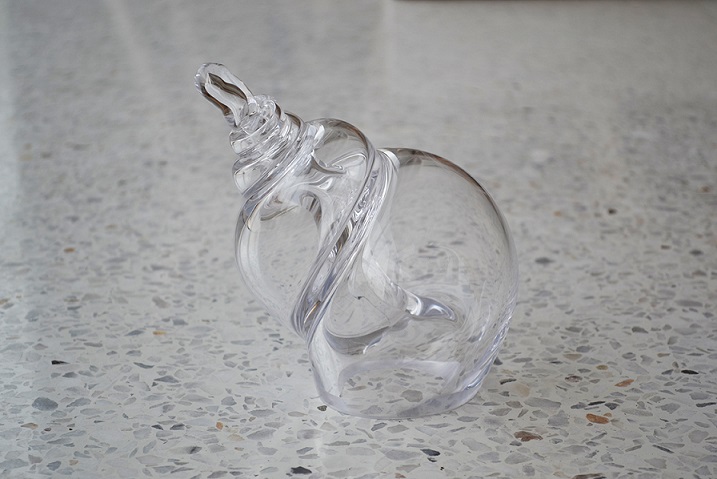