We are many but scattered

We are many but scattered

What is the feeling living in a country that is in a constant crisis?

The system has failed. The time has come to reconsider our position towards the status-quo of a society that exposes us to precarious conditions.

Vaggelis Choursoglou / Woozy for the first time opens his studio to the public to present his works in their natural environment. A world unique/ poetic /aggressive / imaginary consisted of fictitious characters.

The city, the street and the concept of utopian architecture prevail in his artistic practice. Murals, sculptures and works on canvas follow a path from utopia to dystopia. Psychedelic patterns, fragmented cities, triangular forms, a sense of the absence of space and time, different spheres of life are used as a tool of social, political and cultural critique. Vaggelis Choursoglou proposes a hidden universe, a gesture of anti-culture, reconstructing, remodeling and commenting on issues such as the social exclusion, the social marginalization and the changing urban of architecture within an environment that is constantly under construction.

Separated from institutions and structures, the studio is a place of free expression, without censorship and boundaries, a place for reconsideration, self-action, a place for visual resistance. How do we feel when we live and act in a big city within which a whole universe is included? Which are the tribes of this city? Is it proper to speak about different tribes in the modern/contemporary society?

The term tribe is used by the artist as an attempt of detecting the different micro-communities of the urban landscape: street sellers, artists, tourists, activists, apolitical persons, people working under harsh working conditions, demonstrators, teens, employers, politicians, animals, plants, ghosts and many others.

There is a diffused flow of energy in his works originating from his personality. His continuous pulse and his dynamic formulate an expressionistic language to comment on crucial social realities. Reality andimagination interact for the construction of a personal language. Vaggelis Choursoglou uses his own symbolic dialect in his personal space (the studio), producing a special system of relations. The viewer follows the evolution of his visual diary: imaginative, emotional, mysterious ... 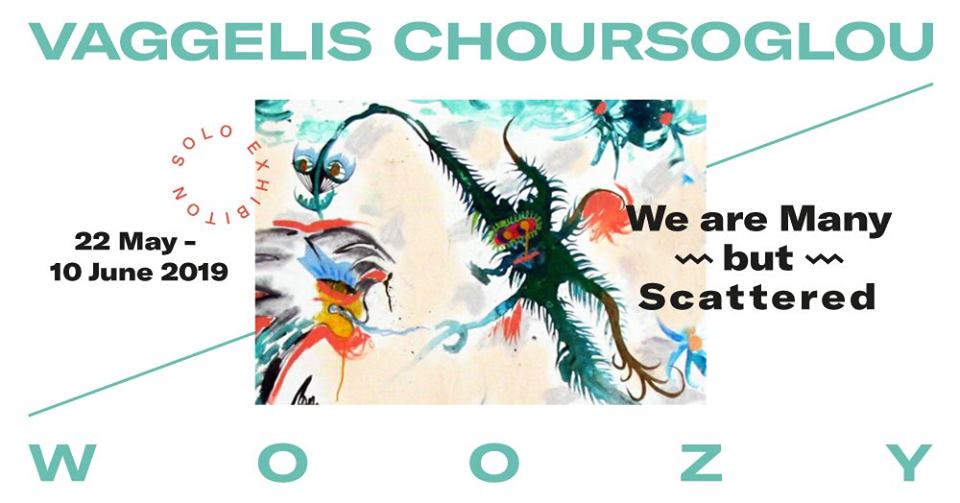