Book launch of
Always Starts with an Encounter: Wols—Eileen Quinlan
&
exhibition of new and recent works by Eileen Quinlan

Poet and critic Quinn Latimer will read excerpts from her essay 'Liver, Kidney, Breath, Body: A Series of (Corporeal) Codas on Some Photographs by Wols and Eileen Quinlan'.

Artist Eleni Bagaki will perform 'Laura Preston is Someone you Don’t Know' a text written for the occasion by writer and critic Domenick Ammirati.

Note on the book:

An encounter across time and space between Wols, a pioneering artist of the early twentieth century, and Eileen Quinlan, a contemporary American artist.

Wols (1913–1951) was celebrated posthumously as one of the pioneering artists of the Art Informel movement. His distinctive early photographic work of the 1930s is, however, very little known. In an unusual connection across time and space his work is discussed in relation to that of contemporary American artist Eileen Quinlan (b. 1972). This book, a companion to the exhibition Always Starts with an Encounter: Wols–Eileen Quinlan, curated by Helena Papadopoulos and organized by Radio Athènes at the Museum of Cycladic Art, Athens, in 2016, further explores the relationship between the work of the two artists.

Spectral and suggestive, but also precise and factual, through an indexical structure, a variety of textual forms and inflections, different registers of images and textures, this richly illustrated book reflects on a circular idea of time as it wanders in the abstruse physicality of the photographic.

The publication was made possible through the generous support of Goethe-Institut, Miguel Abreu Gallery, The Circle of Friends of Radio Athènes, and the sale of Eileen Quinlan polaroids.

Wols (Alfred Otto Wolfang Schulze) (1913–1951) was a German-born artist who created most of his work in France. In 1929, while living in Dresden, he started using a still camera and became involved with experimental photography. He considered enrolling at the Bauhaus and the Reimann School of Art and Design in Berlin, but on the advice of László Moholy-Nagy he moved to Paris in 1932. There, he started signing his work with the pseudonym Wols from 1937. That same year he was commissioned to photograph the Pavillon de l’Élégance at the World Fair in Paris. When World War II broke out, he was interned for fourteen months as a German refugee. After the war he presented two exhibitions at Galerie René Drouin in Paris; although commercially unsuccessful, the shows made an impression on poets and artists including Francis Ponge and Jean Paulhan. Wols’s paintings and drawings were presented in the first three documenta exhibitions in Kassel (1955, 1959, 1964) and at the Venice Biennale in 1958. His photographic work of the 1930s , however, was largely ignored until historian Volker Kahmen and photographer Georg Heusch rediscovered the negatives and produced new prints in 1976. Major solo exhibitions of his photography include Wols Photograph: Der gerettete Blick, Kupferstich-Kabinett, Staatlichen Kunstsammlungen, Dresden (2013), and Martin-Gropius-Bau, Berlin, (2014); Wols Photographs, Busch-Reisinger Museum, Harvard University Art Museums (1999); and Photographies de Wols, Centre Pompidou, Paris, (1980). Wols died stateless in Paris at the age of thirty-eight. He is now celebrated as one of the pioneering artists of Art Informel.

Eileen Quinlan (b. 1972, Boston) is an artist interested in the false transparency of the photographic image: it's not a window, but a mirror. Her work presents an opportunity for contemplation alongside an alienation effect that interrupts it—an awareness of the mechanics of presenting and consuming images, or a sudden bracing encounter with the clumsy hand of the artist, attempting to adjust the veil. Recent solo exhibitions include Wait For It at the Kunstverein für die Rheinlande und Westfalen, Düsseldorf (2019) and Enough at Gallery TPW in Toronto (2018), while Quinlan has also recently participated Passer-by, Lafayette Anticipations, Paris (2019), Picture Industry: A Provisional History of the Technical Image, 1844–2018 at LUMA in Arles (2018), VIVA ARTE VIVA, the 57th International Art Exhibition, Venice Biennale (2017), Always Starts with an Encounter: Wols—Eileen Quinlan, Radio Athènes at the Museum of Cycladic Art, Athens (2016) Image Support at the Bergen Kunsthall, and New Photography 2013 at the Museum of Modern Art (New York). Her fifth solo exhibition at Miguel Abreu Gallery, Too Much, was on view in the fall of 2018, coinciding with the release of her first monograph, Good Enough, published by OSMOS. Quinlan currently has work on view in Artist’s Choice: Amy Sillman—The Shape of Shape, MoMA, and in November she will also participate in Objects Recognized in Flashes at MUMOK, Vienna.

Domenick Ammirati is a critic and writer of fiction based in New York. His work has appeared in publications including Artforum, Art in America, DIS, Mousse and LARB. He has been selected for residencies at Denniston Hill, the Albee Foundation, and the Core Program at Museum of Fine Arts, Houston, and he was a 2013–14 Fellow at the Fine Arts Works Center in Provincetown, MA. Excerpts of his novel The Bottom of the Top have appeared in BOMB and Tammy; and in 2017, received an honorable mention in the Zoetrope: All-Story Short Fiction Competition.

Eleni Bagaki is a visual artist investigating autobiographical narrative and its relation to fiction and theory. Drawing inspiration from feminist/queer perspectives in the fields of cinema, literature, and visual arts, her works emerge as stories, poems, films, songs, sculptures, or something else. She has been an artist-in-residence at Fogo Island Arts (2019), Iaspis, Stockholm (2018–2019), Pivô, Sao Paulo (2018), Kantor Foundation. In 2018 she received a NEON grant for artistic production, and in 2017 she was awarded the Outset grant for her exhibition “A book, a film, and a soundtrack,” Radio Athènes, Αthens. She has exhibited at Signal (Malmö), New Studio (London), L’Inconnue (Montreal), Benaki Museum (Athens), Family Business (New Yοrk), and Palette Terre (Paris). Bagaki received an MA in Fine Art from Central Saint Martins, London. She lives in Αthens, Greece.

Quinn Latimer is a writer and editor from California whose work often explores feminist economies of writing, reading, and image production. Her books include Like a Woman: Essays, Readings, Poems (Sternberg Press, 2017); Stories, Myths, Ironies, and Other Songs: Conceived, Directed, Edited, and Produced by M. Auder, coedited with Adam Szymczyk (Sternberg Press, 2014); Film as a Form of Writing: Quinn Latimer Talks to Akram Zaatari (WIELS / Motto Books, 2013); Sarah Lucas: Describe This Distance (Mousse Publishing, 2013); and Rumored Animals (Dream Horse Press, 2012). Her writings and readings have been featured widely, including at REDCAT, Los Angeles; Serpentine Galleries, London; Chisenhale Gallery, London; Radio Athènes, Athens; The Poetry Project, New York; Venice Architecture Biennale; and Sharjah Biennial 13. A frequent contributor to Artforum and a contributing editor of frieze, Latimer is also the editor of many books, including Paul Sietsema: Interviews on Films and Works (Sternberg Press, 2012) and coeditor of Pamela Rosenkranz: No Core (JRP|Ringier, 2012). She is currently faculty at Zürcher Hochschule der Künste (ZHdK) and, together with Chus Martínez, she is leading a new feminist think tank at Institut Kunst, Basel. Latimer was editor-in-chief of publications for documenta 14 in Athens and Kassel. 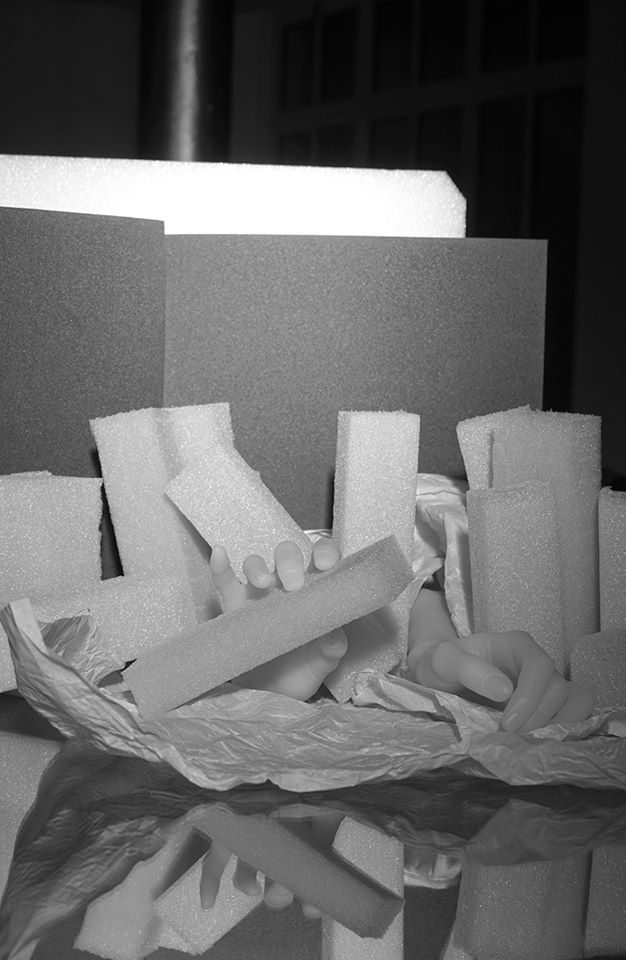