"This show was my exploration on the symbols of Greekness. There where all these symbols that people used to define a part of me and this place that I relate to yet I felt very distant from them. It seemed kind of comical the way they were displayed and even consumed by people. Walking down Monastiraki you’re exposed to an abundant spectacle of Greekness. Temples, Gods, Spartan Warriors, Golden leafed crowns and curious penis shaped beer openers. Greekness for the gluttonous eye. Yet, on the other hand, you have the extreme right wingers who wear the exact same symbols to represent their ideologies. I imagine a tourist with a sharp sense of style could easily blend in amongst these crowds when walking into them unknowingly.” –Aristeidis Lappas

The Breeder is pleased to extend Aristeidis Lappas exhibition with “Part II”.

This new itineration of the show will bring to life Lappas imagery with three-dimensional works and installations. The artist treats the gallery space as a physical extension of his studio, where the works remain in flux, with new additions and new pairings occurring often, expanding further the dialogue between the works.

Lappas creates a flamboyantly colored playground where one can meander through concepts of identity, urbanism, humor, and existentialism. His use of familiar imagery remains encapsulated in larger forms allowing for playful discoveries, rediscoveries, and interpretations.

He expands the space, naturally provided by humor, for contemplating on previously repressed or silenced issues, by alternating between abstraction and narration.

Aristeidis Lappas (b. 1993, Athens) is a graduate of the University of West England, in Bristol (2015). Recent shows include: Break Time Contemplations, solo at Transformer, Washington (2018); Athens and its Peripheries in Regards to Contemporary Painting, curated by Hugo Wheeler. The Breeder, Athens (2018); Laughing to the Joke of the Sour Oranges, solo show curated by Hugo Wheeler, Athens. 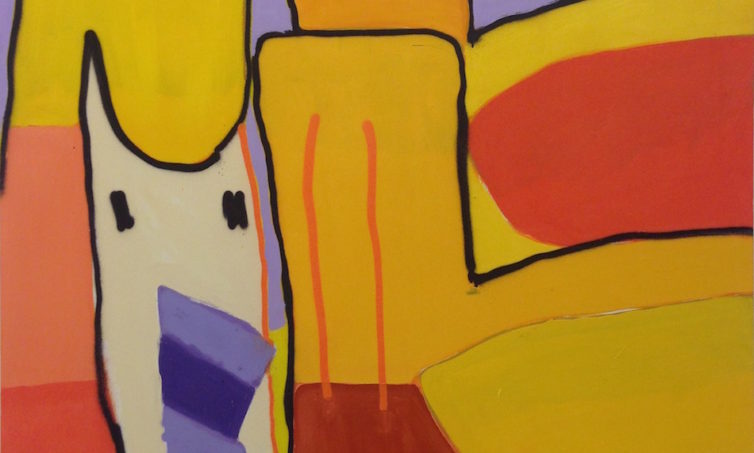