After-party with Delia Gonzalez on the decks. Secret Location to be announced.

Much like a coming of age birthday party, this exhibition marks a change. Change is exciting – it reenergises and signals new beginnings – but it also, inevitably, signifies endings. I hope that despite my distance from you, marked both by time and the Atlantic, I can point to something significant about this moment, reflecting on what once was and looking forward to what might come. Punctuated with attempts at humour and unescapable nostalgia, this is a love letter, with some advice.

Much like youth, the project space days had their fun and their folly. Painting the walls by pushing Hugo around on precarious scaffolding while blasting Jamiroquai and George Michael’s Desert Island Discs was great– if it wasn’t the hottest August in years, and if we weren’t permanently hungover. There was also teenage Gigi, then equal part cute and evil, who greeted every visitor by trying to knock them down to the linoleum floor. Running an art space in your apartment means that opening hours are only a suggestion, so there were many exhibition tours done in pyjamas or without shoes. There were also long dinners in neighbouring restaurants, like the one at Kriti and Baba Gurgur, or house meals in Delia’s kitchen. There were late and wild parties too; dancing between robots on stilts and bottle sparklers in Lohan, or under strobe lights at the Janeiro arcade.

Much like adulthood, the gallery days will have their responsibility and “professionalism”. The unlabelled white wine that came in large water bottles from the kiosk downstairs has already been switched over, at least in the summer season, for Aperol Spritz’s from brick and mortar liquor stores. My old bedroom has become an office space, where Gigi naps on a crushed velvet bed. With some sadness, but much relief, I don’t update the website anymore– someone with actual coding capabilities does it, without cyclically losing their mind in the process. Hugo recently asked me where we ordered the 300 business cards we made but never used, and during the last two summers when I came to visit, he showed me around shows wearing a shirt and shoes. Buggy even started a paper about the building.

But, much like in life, there are threads that disregard the categorization of “then” and “now”. This September show is one of these threads– a family show bringing together the artists that have, in crucial ways, shaped Hot Wheels over the last two years. These are artists who’ve had most meetings over an alfa in the kitchen, who regularly get attacked by Gigi, and who continue to come to every disorganised dinner. Much in the same way, many of you reading this are the longstanding supporters of the space– who also love Gigi, know the kitchen, remember the parties. Some of you even have a personal archive of all the past invitations, which Hugo, wearing Buggy’s mailman hat, continues to hand-deliver by following the same paper route across Athens. I think, and hope, that these things will stay the same.

Hot Wheels, I wish you all the best in this new chapter. I love a plan, and yours is a good one. But then again, a close friend of mine used to tell me that there is a Greek proverb which says– “we make our plans, and God is laughing”. Remember that. After all, Maybe It Is Knowledge Entering Life. 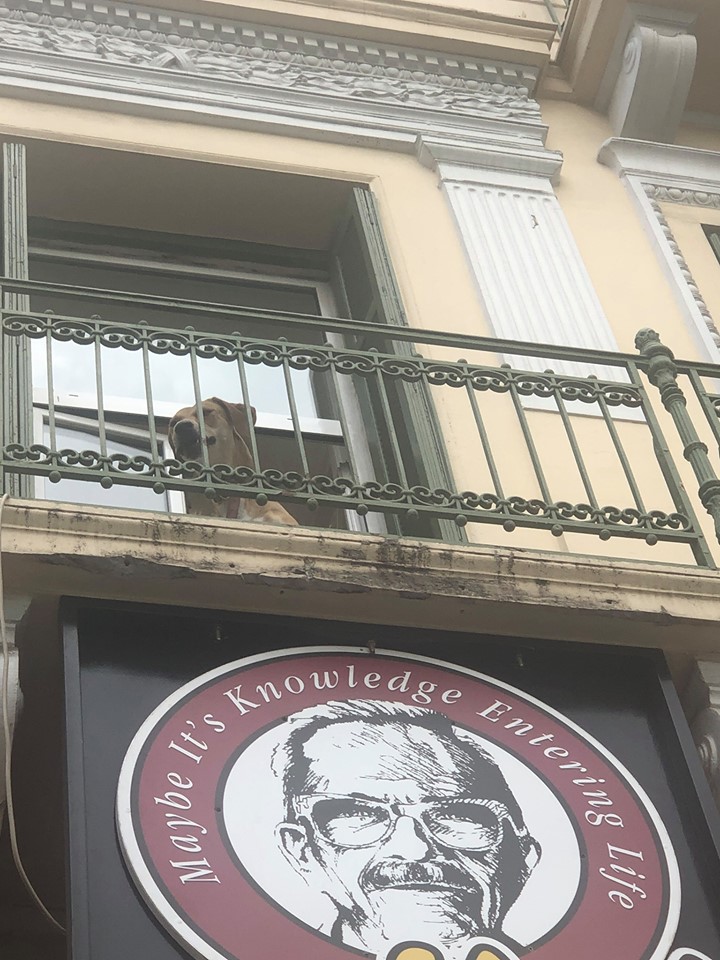