The industrial building on 18-20 Iera Odos currently used as a music venue, is situated within the geographical region of the ancient cemetery of Kerameikos (1100 BC - AD 500). Nine metres below the surface of the modern city and tons of backfills, excavations since 1863 have brought to light parts of inner Kerameikos (potters’ and residential quarters) and outer Kerameikos (cemetery and the Demósion Sema public graveyard). The area of the exhibition building lies nine metres above the funerary monuments of prominent Athenians. It is located right above the ancient Hiera Hodos (Sacred Way) linking Athens with Eleusis where the Eleusinian Mysteries took place; on the west bank of the Eridanos river; west of the Dromos, a wide road leading the way to the Platonic Academy and the –later– Christian orthodox church of the Holy Trinity. It is all being now overshadowed by today’s Peiraios roadway and the adjacent buildings of the last century. The exhibition will negotiate notions with clear references to antiquity yet liberated from an obsessive fixation on the ancient world. It will take into consideration every single metre of evolution and will speculate on all of the possible nine metres of history that will follow. What may lie nine metres below our feet without us being able to discover it, could equate to a future reality nine metres above. The surfacing of a utopian condition brings forth the imaginary, but at the same time it flirts as a connection link with the idea of passage and transition. A dialogue emerges between realities and it is activated through a crack in spacetime, a crevice that [inter]connects the worlds in one breath. The transformation of the urban habitat through literal and metaphorical backfills embodies ideas of [dis]semblance, voidance, disdain, corrosion of memory and the empowerment of an [inter]personal mythology and fiction as well as the fabrication of an in-progress identity. The repertoire of an everchanging political, religious and cultural condition is inscribed not only within the historical continuity of this locus but also within a flux of a conscious construction, deconstruction and conflict. The choreography of the contemporary urban landscape redefines the architecture of life itself. It gives birth to a taxonomy of possibilities with human existence and its hypostasis as the protagonists, undergoing a constant battle with time and their very own selves. Curator dr Kostas Prapoglou invites 16 contemporary artists from three generations to establish via their cross-disciplinary visual vocabulary (embracing installations, video, sculpture, painting and ceramics) a site and time specific relationship. They will discover in the ground and above the concrete floor themselves as well as the entire world and empower the viewers’ desire to dig with their eyes and build with their dreams. 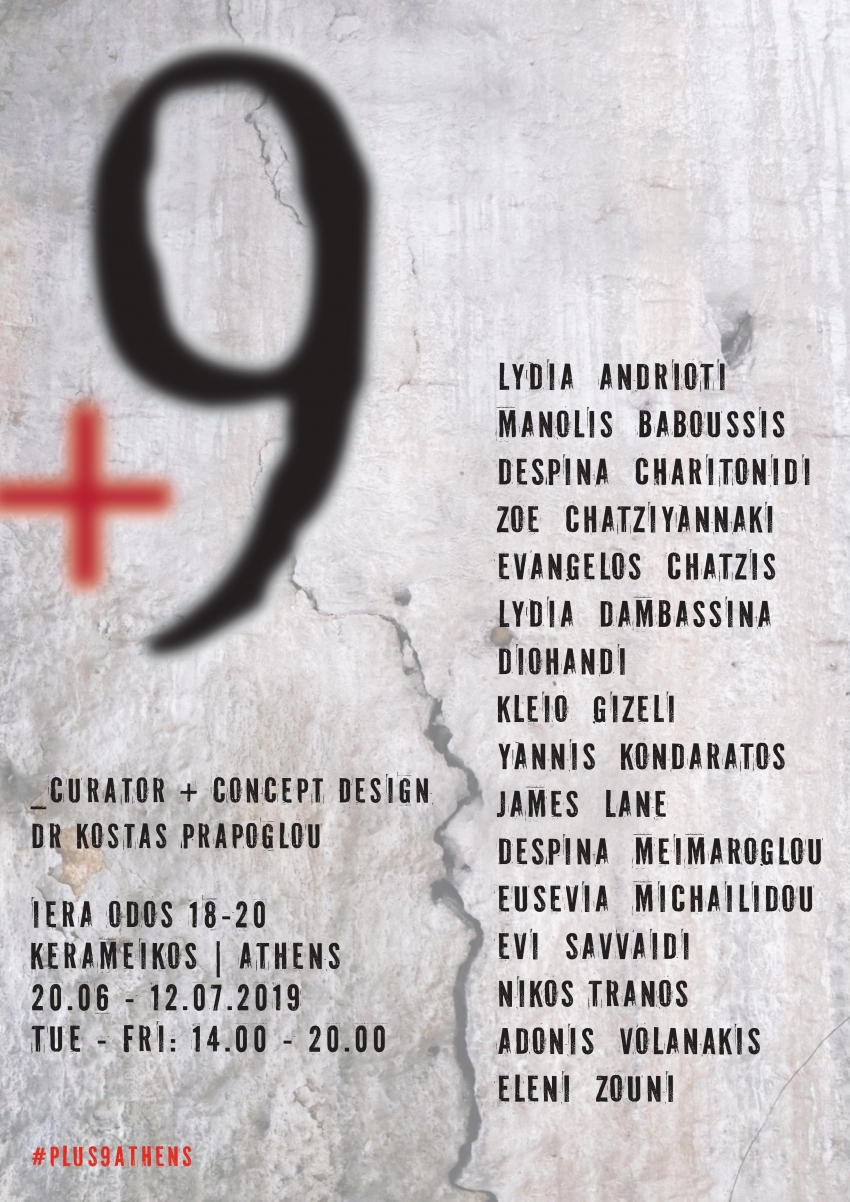