From a war shelter, to a ’shelter’ of ideas

The word ‘bunker /shelter' did not exist in the Athenian vocabulary. Haven foreseen the clouds of the War of 1936, the Metaxas government designed and implemented a civil protection program, a network of shelters.

‘Bunker’ exhibition takes place in a real bunker shelter located at 33 Praxitelous street, within a modernist building of the second half of the 1930s which remains well preserved in it’s original form. Within a distinctive atmosphere in which art meets the hidden heritage and history of Athens, 17 artists comment on issues of power, withdrawal, decay, conflict, time and transformation, staging their work as a temporary ‘refuge’ of ideas.

Though small in size, the Bunker shares all of the features of the larger modules including, two chambers, thick armoured door and a ventilation system, living space, bathroom, and most important and rare - an original food storage space. War preparations were to be tragically confirmed with the invasion of Nazi in troops in Poland on September 39. At the same time, the worst nightmares for uncontrolled and relentless bombardment of cities, surfaces, as Poland's historical city capital Warsaw was flattened by Nazi bombs. The bunker shelters constructed under the Metaxa’s government, to many an exaggerated act of precaution, are suddenly perceived under a new light and dimension. Considering the strict guidelines for shelter construction that required 30 cm reinforced walls, standard space of two rooms - a primary and secondary chamber, while for larger shelters it was obligatory to have feeding areas and space for personal hygiene, a shielded entrance and at least one emergency exit, one can only imagine the irritation of the master builders as they were bound to work within these strenuous restrictions.

Up until now, the mere horror for anonymous aerial attacks was for the bourgeois intellectuals, a thought of their wildest imagination which utterly changed into a dramatic reality. Once the privileged residents and owners of the new apartment house blocks in Exarchia, Kolonaki, Kypseli and Patisia and in the heart of Athens realized that the strict building regulations may save their lives, they seriously considered which friends or relatives should accompany them to the bunkers. Fortunately, Athens was never bombarded by the Axis forces - only limited to the destructions brought on by the ‘Dekemvriana’(1944 Post war conflict fought in Athens).

‘Bunker’ exhibition by Athens Intersection Cultural Program, is a part of the artistic agenda through which the Athens Commercial Triangle Revitalization Program of the Municipality of Athens, implemented with the exclusive donation of the Stavros Niarchos Foundation (ISN), invites us to explore the cultural and historical heritage of Athens. The Athens Intersection Cultural Program is curated by George Georgakopoulos and coordinated by Fotini Kapiris.

Buildings such as, the Old Paper Warehouse at 3 Chrysospiliotissis street, Vyssis & Agathonos street as well as Aeolou & Athenaidos after many years of neglect, have been re-opened and restored by the Athens Commercial Triangle Revitalization Program. My Odyssey estate at Vasiliki 1, 33 Praxitelous street, and the building of the National and Kapodistrian University of Athens at Vasiliki & Aeolou street, are important historical landmarks of modern Greek architecture ranging from 1860 through the 1930s to the 70s, all of which define the map of activities by the Athens intersection Program. 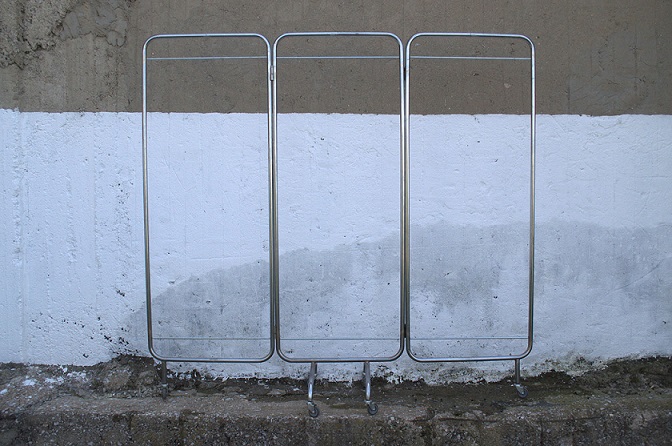