That's Mine Bitch! Do Not Touch. Back Off. (uptown)

That's Mine Bitch! Do Not Touch. Back Off. (uptown)

It is with humor laced with a subtle touch of irony that Konstantin Kakanias examines the contemporary ethics, socio-political issues and the role of art through his eccentric protagonist, Ms Tependris: a personification of the collective unconscious. The absurd and hilarious adventures of Ms Tependris - featured for example as a muse of contemporary artists such as Warhol, in others as a Cycladic Idol or as an Olympic Games winner – act as a strong witty and imaginative socio-political satire.

In his current exhibition at Kalfayan Galleries Konstantin Kakanias presents a series of drawings on paper, as well as for the first time a new body of work with ceramic tiles inspired by the metopes on the South side of the Parthenon. Mrs Tependris is awake again, fiercely composes letters, and fights against the colonial model of the museum; she is starring in performances and asking for the Parthenon Marbles to be returned to Athens. In the series of ceramic tiles Ms Tependris sees herself once again as a sculpture (not ‘Cycladic’ one but ‘Classical’ this time) and is featured fighting in some scenes as Centaur, in others as Lapiths.

From her House in the desert, she writes to Hartwig Fischer - the director of the British Museum - a very strict letter. She also writes to Dr James Cuno, the CEO of J. Paul Getty Trust asking for them to return the Elgin Throne that was once at the Dionysos Theater. She imagines herself and her friends in different situations - modern tableaux - extreme protests, she is angry and needs the marbles back!

Ms Tependris is here to pose thorny questions: Is comedy the best way to intrude into the artistic DNA - the safest way to pass a message or to communicate? Humor and fun rather than tear and sorrow? Can satire be a catharsis of the evil and the corrupt? Can humor be a powerful tool in the hands of the less powerful? It is with critical eye and caustic humor that Konstantin Kakanias in a period of global economic and socio-political crisis explores issues of freedom of expression and the role of satire in art.

Borrowing from various cultures and multifaceted influences, paying homage to Ed Ruscha iconic painting of the LACMA on fire , the drawings of Jean Cocteau but also the musicals of Yannis Dalianidis, Konstantin Kakanias through the liberated vision of Mrs Tependris is constructing a world ( within a world of sorrow) of ultimate freedom. 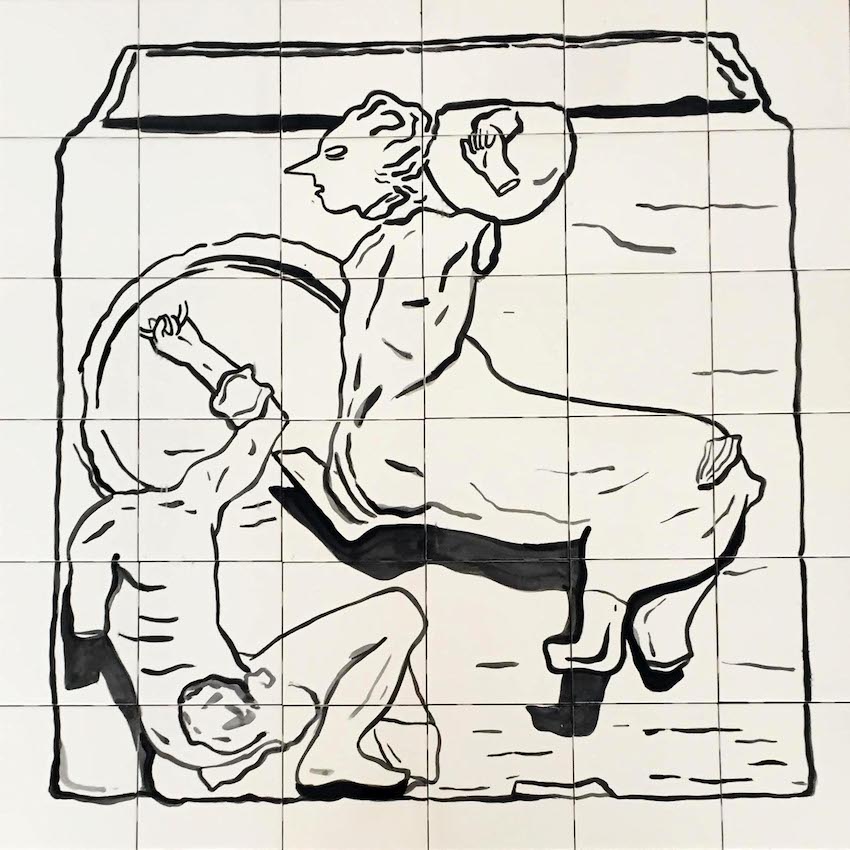